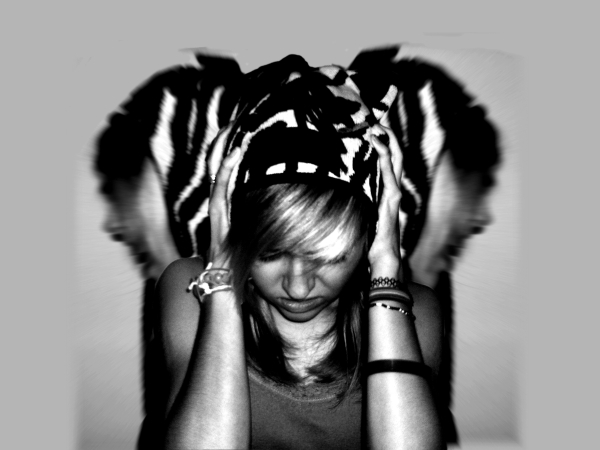 Schizophrenia is a severe brain disorder in which people interpret reality abnormally. Schizophrenia may result in some combination of hallucinations, delusions, and extremely disordered thinking and behavior.

Compared with schizophrenia symptoms in adults, teens may be:

When to see a doctor

People with schizophrenia often lack awareness that their difficulties stem from a mental illness that requires medical attention. So it often falls to family or friends to get them help.

Although the precise cause of schizophrenia isn’t known, certain factors seem to increase the risk of developing or triggering schizophrenia, including:

Left untreated, schizophrenia can result in severe emotional, behavioral and health problems, as well as legal and financial problems that affect every area of life. Complications that schizophrenia may cause or be associated with include:

To be diagnosed with schizophrenia, a person must meet the criteria in the Diagnostic and Statistical Manual of Mental Disorders (DSM).

In addition, a person must have at least two of the following symptoms most of the time during a one-month period, with some level of disturbance being present over six months:

At least one of the symptoms must be delusions, hallucinations or disorganized speech.

Schizophrenia requires lifelong treatment, even when symptoms have subsided. Treatment with medications and psychosocial therapy can help manage the condition. During crisis periods or times of severe symptoms, hospitalization may be necessary to ensure safety, proper nutrition, adequate sleep and basic hygiene.

Antipsychotic medications are the most commonly prescribed drugs to treat schizophrenia. They’re thought to control symptoms by affecting the brain neurotransmitters dopamine and serotonin.

These newer, second-generation medications are generally preferred because they pose a lower risk of serious side effects than do conventional medications. They include:

Ask your doctor about the benefits and side effects of any medication that’s prescribed.

Once psychosis recedes, psychological and social (psychosocial) interventions are important — in addition to continuing on medication. These may include:

There’s no sure way to prevent schizophrenia. However, early treatment may help get symptoms under control before serious complications develop and may help improve the long-term outlook.