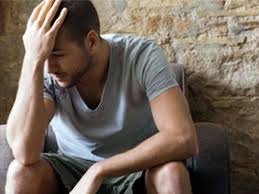 You may meet the diagnostic criteria for premature ejaculation if you:

Some doctors believe that early sexual experiences may establish a pattern that can be difficult to change later in life, such as:

Other factors that can play a role in causing premature ejaculation include:

A number of biological factors may contribute to premature ejaculation, including:

Various factors can increase your risk of premature ejaculation, including:

While premature ejaculation alone doesn’t increase your risk of health problems, it can cause significant problems in your personal life, including:

In some cases, your doctor may suggest that you go to a urologist or a mental health professional who specializes in sexual dysfunction.

Practice and relaxation should help you deal with the problem. Some men try to distract themselves by thinking nonsexual thoughts (such as naming baseball players and records) to avoid getting excited too fast.

There are several helpful techniques you can try.

The “stop and start” method:

In most cases, the man is able to learn how to control ejaculation. Education and practicing simple techniques are often successful. Chronic premature ejaculation may be a sign of anxiety or depression. A psychiatrist or psychologist can help treat these conditions.

If a man ejaculates very early, before entering the vagina, it may prevent a couple from getting pregnant.

A continued lack of control over ejaculation may cause one or both partners to feel sexually dissatisfied. It may lead to sexual tension or other problems in the relationship.

Call your health care provider if you are having a problem with premature ejaculation and it does not get better using the methods described above.

There is no way to prevent this disorder. However, relaxation can make it less likely to occur.